To the Mercy of the Enemy Playtest Takeaways, Part 2 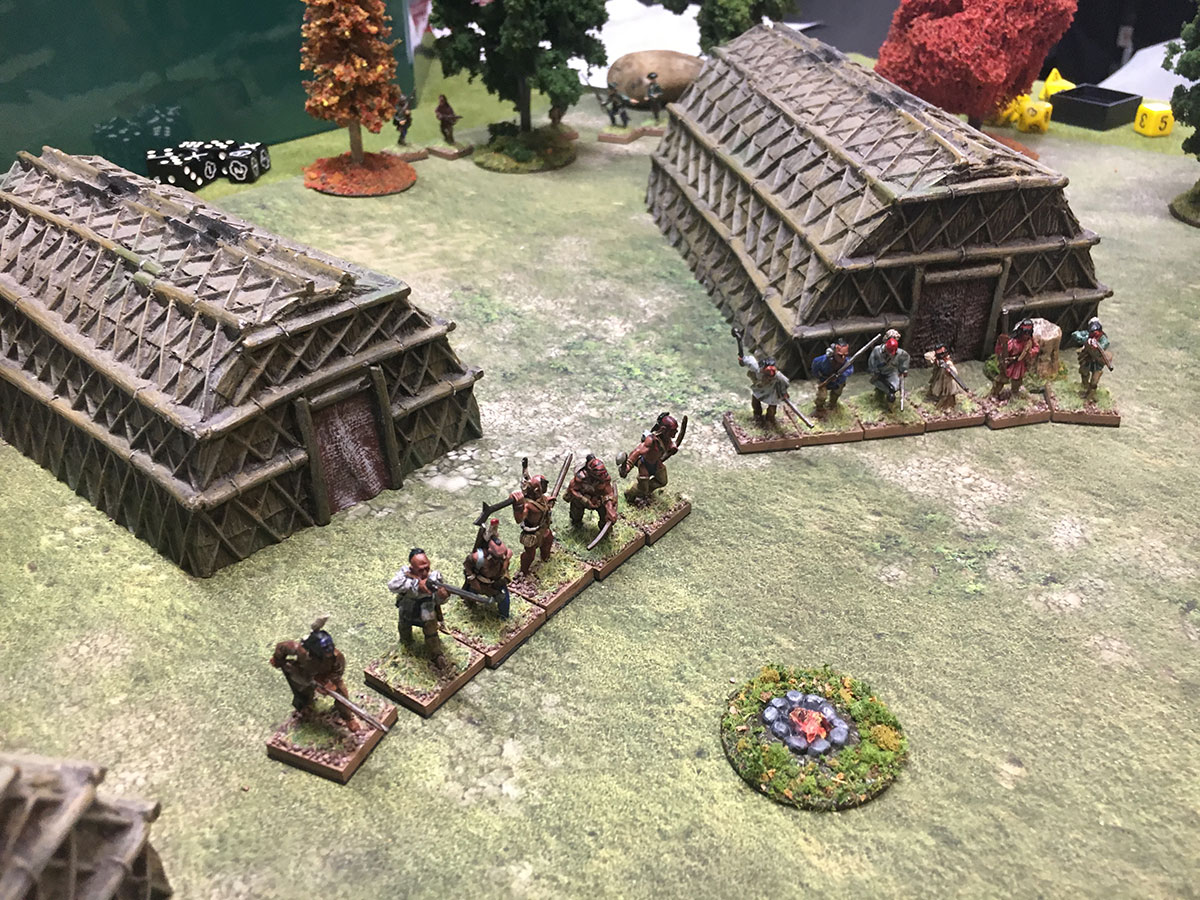 As I mentioned in part 1 of this series, Kimber and I ran a second playtest of To the Mercy of the Enemy for Forts & Frontiers on Saturday, February 2 at our club, Metropolitan Wargamers. Our group of seven playtesters spanned three generations and ran the gamut from dedicated miniature wargamer to avid board wargamer to old school D&D player.

The previous post in this series focused on how to give GMs and players the tools that they need to bring 17th and 18th century North America alive at the table through the concept of “Wandering History”.

This post focuses on rules for running skirmishes involving a couple dozen figures per side in a manner that feels consistent with the rest of the play experience, while also streamlining so things don’t bog down. This involves bringing D&D 5e core mechanics like d20 to-hit rolls, advantage/disadvantage, and saving throws to the table along with the Forts & Frontiers concept of degrees of success and failure.

Kimber and I tossed a few initial ideas back and forth and then did a good deal playtesting to see how it all worked at the table. We compared our results throughout with results from systems we like such as This Very Ground, Muskets & Tomahawks, and Brother Against Brother.

After a lot of discussion and tweaking, here’s what we came up with:

There are three main target numbers needed for skirmishes — Shoot and Attack. They are calculated as follows:

After writing all that down (and filling in the holes as I went), I realized that this is much more comprehensive than I first thought. I also realized there is a lot more work to be done (troop quality, volley fire, etc.)  if we plan to use this as a stand-alone skirmish system. But, for bringing skirmish encounters into Forts & Frontiers, these rules work well and flow more or less seamlessly from single figure to multiple figure per player.

As always, we’d love to hear from you. Let us know what you think about these d20 skirmish rules over on Facebook or Twitter.